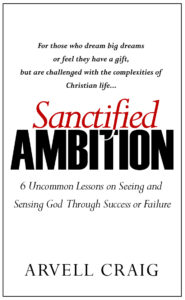 In the summer of 2007 my life peaked to what felt like a mountain top, but would later descent sharply to over five years of the badlands.

Full of ambition and talent, I had no idea that I was still wet behind the ears. Badlands or wilderness, however you want to describe my situation, I had believed I was primed and headed to the Promised Land, but things didn’t go as planned.

You see, I thought because I had so many things going well, life would only get better. In almost every area I was keeping score, things looked as if I was winning and in control.

I was a newlywed with a Christian fairytale story. Guy meets girl while attending church. The two never date, but court, while serving the pastor’s family. They pray and quickly realize that it’s God’s will that they marry. They meet, court, and marry all within the year of their first encounter.

We had our first child within two years of marriage and she was born healthy and strong, without complications. After a few weeks she was sleeping well and showing signs of creativity, independence, and the seeds of an Olympic level hand-eye coordination.

It seemed we were on a hot streak with uncommon favor. All in the holy year of 2007, we bought a new car and a new house and my job was the best job I’d ever had, paying more than four times my previous work. We gave, tithed, served, and it seemed we were getting our just desserts.

Finally, there was Ministry? Big CHECK✓ !

I graduated seminary at Oral Roberts University that year and was made associate pastor at a young, vibrant church. I was given opportunity to conduct my own weekly meetings and exercise all my gifts.

Each of these things, these external areas, these publicly praised and acknowledged spheres of life, made me feel accepted, successful, and valued.

But by the summer of the following year, almost everything changed.