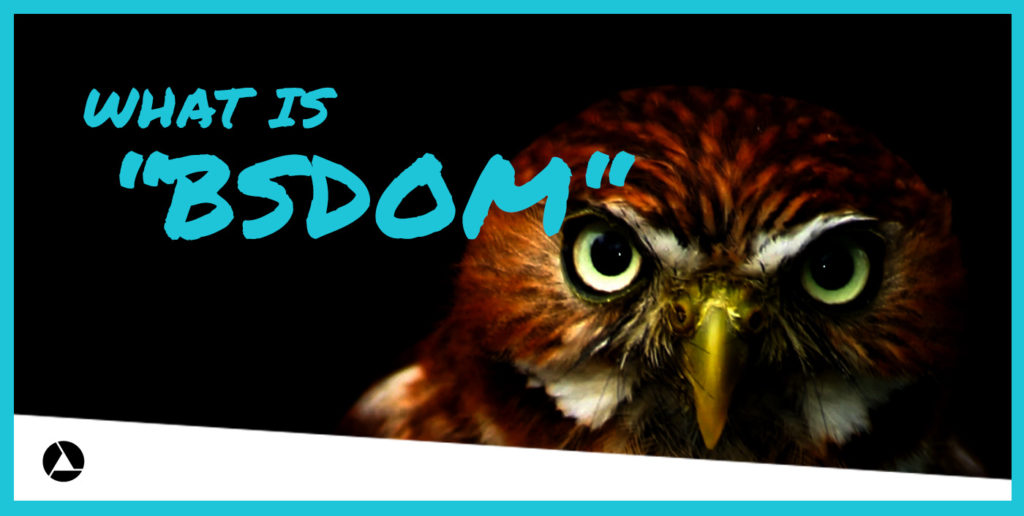 My wife chuckled when I told her I made up a word.

I waited to see if she’d figure it out, but she wasn’t in the mood.

I began to explain, “It’s the combination of two words.”

I confess… I love to learn.

Since 1999 when I discovered of personal development…

Ever since I learned that the brain, intelligence, and personality were not fixed…

I’ve been a glutton for wisdom and insight that could enhance my chances of success.

Unfortunately, not everything I learned has helped.

Some ideas, though they reveal some truth, they also conceal an even more powerful one.

This is what I am now calling bsdom.

Wisdom that may work for some people, but can hinder even more for others.

“Only a fool learns from his own mistakes. The wise man learns from the mistakes of others.” – Otto von Bismarck

There is truth in that quote, however…

The truth that it conceals is more valuable IMHO.

For example, yes it would be great to be so wise that we never make our own mistakes.

And yes, we want to learn from others’ instead of failing ourselves.But that can be a problem.

This bsdom can cause a resistance to moving forward and trying new things.

Instead continual progress, you might only journal, reflect, study…

But a better alternative for many of us is moving forward and making corrections while in motion.

The wisdom of experience is more powerful and beneficial to our lives than living by the wisdom of another.

This is just one example of my own bsdom.

Can you think of any bsdom from your own life?

What has life taught you that is contrary to what most people believe?

How about you share your uncommon truth with a loved one, a child, or someone you mentor?

Help them separate the universal truth from the relative.

You wanna know what’s bsdom in the world of digital marketing?  Anything with the formula “X is dead.”

Most of these methods still work for those who know what they are doing!